Have you noticed that the browser does not display time it took for a websocket message to be delivered like it shows for HTTP requests? That is because, in contrast to HTTP protocol which follows request-response pattern, websocket messages do not have transaction semantics once the initial handshake is done to establish the connection. Once the websocket connection is established, messages are pushed from server to client (or vice versa). Therefore if browser receives a websocket message, it does not know when the message was sent to calculate the latency.

To accurately calculate latency we would need round trip of message between client and server. If the original message is small in size and socket is not throttled, the client can echo the same message back to server. The server can then find the roundtrip latency by calculating the time elapsed between sending of original message and receiving the echo’d message. Dividing this by 2 gives one way latency. However if the message size is big, this approach is not recommended as it puts additional stress on socket connection and on the server. In this case we need one additional message to be sent from server to client. 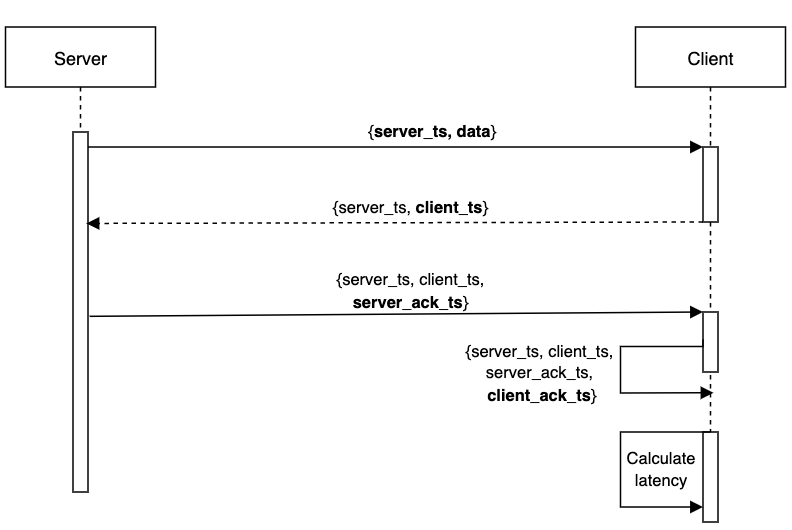 At this stage the client has 4 pieces of information - 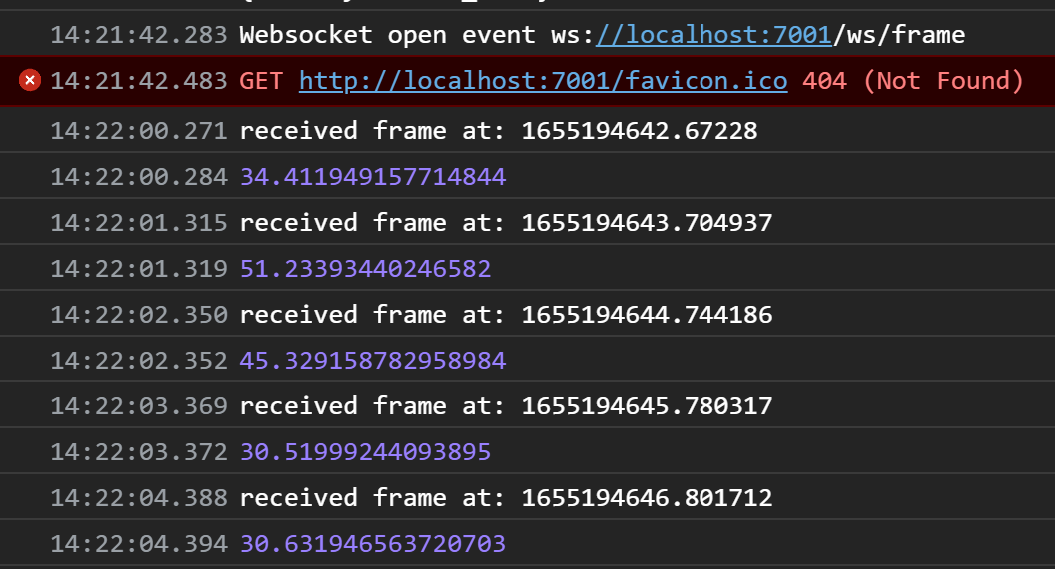 The python implementation to handle ACK message and attach appropriate timestamp is in latency.py as a decorator method.

In index.html the calculate_socket_latency calculates the latency after all the timestamps are received by the client.

As we can see, calculating websocket message latency is not straightforward. It requires additional messages that needs to be sent which adds to the network load. In case the primary websocket connection is already throttled, a different dedicated websocket connection for measuring latency can be used to send ACK messages with condition that a client connect to same instance of server for both the socket connections to avoid clock skew between servers.